NL / EN
< back to overview
Rotterdam

De Rotterdam, an icon on the Wilhelminapier designed by Rem Koolhaas / OMA, with approx. 60,000 m2 of office space, a hotel, 240 dwellings, catering establishments, leisure facilities and a basement car park. It has been developed in collaboration with partners including Rabo Real Estate Group, OVG Real Estate, FGH Bank, Amvest, NH Hoteles, the Municipality of Rotterdam, 7 different contractors and more than 100 other property experts. 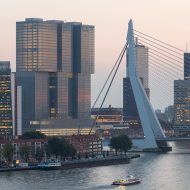 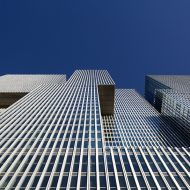 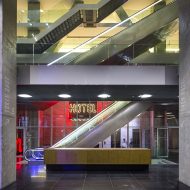 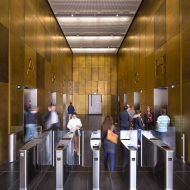 From the acquisition in 1998 until the sale in 2016 of this largest multifunctional building in the Netherlands, we have been involved in the entire development and commercial strategy of De Rotterdam. This has involved the acquisition, design, development, commercial use and strategy, letting and ultimately the sale to a consortium of Korean investors, represented by AMUNDI Real Estate.

We literally know every detail of every part of this project covering 160,000 m2.

Largest Single Asset transaction
In June 2016 the offices, the hotel and the car park are sold to a consortium of Korean Investors: Amundi Real Estate, KFCC and Meritz. This is up until now the largest single asset transaction in the Dutch history.